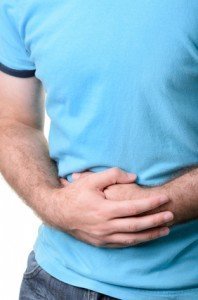 Celiac Disease, also called Sprue, is an autoimmune disorder that causes damage to the lining of the small intestine. This prevents the small intestine from absorbing nutrients that are vital to the body. This damage occurs because the body is reacting to a protein called gluten. Gluten can be found in barley, wheat, rye, oats and some processed foods. Although there is no way to cure Celiac Disease, the best way to alleviate it’s symptoms is to completely avoid consuming anything that may have gluten in it. There are other less severe forms of Celiac Disease such as gluten intolerance, and general gluten sensitivity. If you think you may have Celiac Disease do not start a gluten free diet until you speak with your doctor, as diagnosis may be difficult if you have not been consuming gluten.

The following symptoms can be associated with Celiac Disease :

Celiac disease can cause great damage if left untreated. Some people live with symptoms for many years before they consult a physician about the issue. You may feel that you simple have a sensitive stomach or you are over-tired. If you think there is a chance you are suffering from this autoimmune disorder it is very important to go to the doctor and order the tests necessary to confirm it. Many people report feeling amazing when they finally go completely gluten free and eat a gluten free foods. Celiac Disease in Children can cause even more discomfort for the child but early detection can lead to a better life.

The doctor will first order blood tests to determine whether or not you have specific markers for the disorder. The physician can do antibody and genetic testing to determine if you are more likely to have Celiac Disease. Many in the medical field feel that the gold standard for testing involves preforming an endoscopy. During this procedure the doctor takes a biopsy of the duodemun, the first section of the small intestine. They look for flattening of the villi in the intestine below the duodemun. This damage is indicative of Celiac Disease. Lack of damage to the villi doesn’t necessarily mean you don’t have some form of the disorder, or even that you definitively don’t have Celiac. It can take time for the damage to occur, so if the disease is in its early stages it may not be clear to the practitioner upon examination. Gluten intolerance and gluten sensitivity will not cause damage to the villi, so you can still explore this option if your test comes back negative.

The only way to know for sure if you are suffering from Celiac Disease or gluten intolerance is to completely eliminate gluten from your diet. This also includes using gluten free skin care products. You must strictly adhere to this principal in order to determine if you have an issue. Diligence is required as many foods that you may not think have gluten do contain it. Luckily for you, our world is becoming increasingly gluten free friendly and there are many choices! Check out your local grocery store for options.